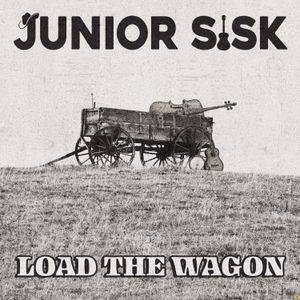 Over the past few years, Junior Sisk has spent some time revamping his band and doubling down on the straightforward traditional sound his fans love. 2018’s Brand New Shade of Blue showed fans that even though Ramblers Choice was no more, Junior wasn’t going anywhere. With his second solo release from Mountain Fever Records, Load the Wagon, he’s in fine form once again, reminding listeners that he can wrap his voice around a bluegrass song in a way that few others can match.

Sisk has long been an advocate for the traditional side of bluegrass, and has often been rewarded by the industry for his commitment to that style (see the multiple IBMA awards that A Far Cry From Lester and Earl helped earn for proof). However, this album may be the most truly traditional work he’s done in years, embracing the sounds of the 1940s and ’50s with vigor. Names like Red Smiley, Charlie Moore, A.P. Carter, and Flatt & Scruggs are scattered throughout the songwriter credits. Sisk’s takes on these songs are fresh, yet hearken back to an earlier era.